In recognition of Older Americans Month, FRAC is releasing a two-part blog series on food insecurity among older adults.

May is Older Americans Month—an opportunity to celebrate the older adults in our lives as well as raise awareness of the struggles many older adults face with food insecurity.

Millions of older adults are harmed by food insecurity. On average, from 2018–2020, 8.2 percent of the more than 47.6 million households with adults age 60 and older lacked reliable access to food. 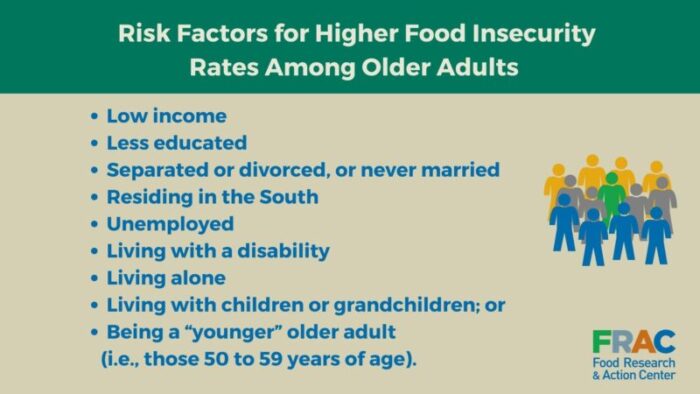 A significant risk factor for food insecurity occurs when an older adult lives in a household with children under 18 years of age. Parents, grandparents, and other caregivers often try to protect children from food insecurity by sacrificing their own food and nutrition needs so that the children can eat. Health, financial, or family changes can seriously impact food security status as well.

The Disproportionate Impact of Food Insecurity Among Older Adults 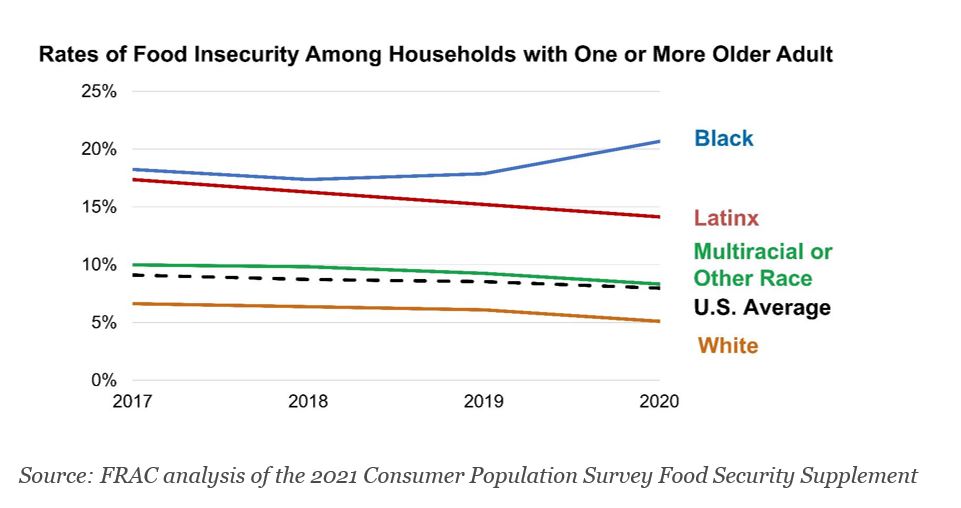 Connecting older adults with SNAP and other nutrition programs will be discussed in greater detail in part two of this blog series.