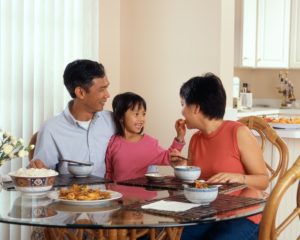 Food insecurity, and its root cause, poverty, do not discriminate: they harm individuals, families, and communities across the U.S., regardless of demographics. One group that rarely receives attention for its alarmingly high levels of food insecurity and poverty is APA. This oversight is detrimental for APA people and the nation as a whole. In a deep dive into the divide between APA and the U.S. overall, Prosperity Now, with the help of Pew Research Center’s data, found that APA is the fastest-growing racial group in the U.S., with the fastest-growing — and widest — wealth gap, making APA the most economically divided racial group.

Despite these findings, APA people often do not participate in safety net programs that are designed to help people in need, like them. Exacerbating this is the recession that’s resulting from the COVID-19 pandemic because APA people who were already struggling with food insecurity and poverty before the health crisis are feeling the negative impacts more than ever and when compared to many others.

FRAC recently released an issue brief that looks at some of the reasons why, despite high rates of poverty and food insecurity, APA families and individuals are often overlooked, and what can be done to change the paradigm to increase food security for APA populations and communities. Read the full brief.

May is APA Month, which is why this issue is so important to bring to the foreground. With the current census, APA data are more important than ever to capture the real numbers of APA people who need government resources for their health and well-being. Check out FRAC, Americans Advancing Justice (AAJC), and Southeast Asia Resource Action Center (SEARAC) for resources on the census and inclusion of APA data. With COVID-19 protocols, many efforts to help APA people fill out their census have been revised or canceled, but efforts continue, e.g., digital organizing and other resources can be found at Census Counts.

[1] The term “model minority” refers to a minority group, often based on race, that is perceived to be successful, especially when compared or contrasted with other minority groups. This term is often applied to Asian Americans, as individuals and as a group, for their presumed achievements in academic, economic, and cultural arenas. These stereotypes are detrimental to Asian Americans on racial, psychological, political, and social levels, to name a few, and these incorrect and dangerous assumptions are weaponized when Asian Americans are contrasted with other minority groups that are wrongly characterized as being inferior.