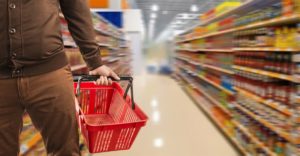 WASHINGTON, May 22, 2017 — “Widespread news reports based on administration sources indicate that the Supplemental Nutrition Assistance Program (SNAP) will suffer drastic cuts in the president’s budget, planned for release tomorrow. FRAC will work with Congress to stop these cuts in order to prevent untold harm to the millions of people in this country who struggle against hunger. Those harmed will be children, seniors, people with disabilities, veterans, and adults struggling with low wages, temporary joblessness and involuntary part-time work — SNAP’s beneficiaries.

“SNAP is one of government’s most effective programs and serves as the first line of defense against hunger. It lifts and keeps millions of Americans out of poverty each year, improves nutrition and health, and boosts the economy. It is one of the nation’s very best investments.

“The damage that SNAP cuts would inflict — combined with the damage from the President’s proposed cuts to Medicaid, Temporary Assistance for Needy Families, the Children’s Health Insurance Program, housing programs, assistance to people with disabilities, and other low-income supports — will create massive suffering for tens of millions of struggling people. These cuts must be rejected by Congress.”

The Food Research & Action Center (FRAC) is the leading national nonprofit organization working to improve public policies and public-private partnerships to eradicate hunger and undernutrition in the United States.

A Holiday Wishlist for Our Nation’s Children

WASHINGTON, December 8, 2022 — A group of national anti-hunger and education nonprofits have teamed up this holiday season to share a joint holiday wish list for fueling the health, learning, and overall well-being of our nation’s school children.