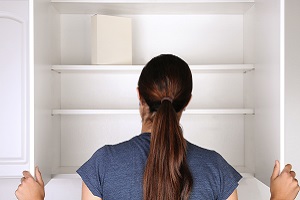 Trump Administration Wants to Cut the Power of SNAP for Millions

USDA’s proposed rule on SNAP Standardization of State Heating and Cooling Standard Utility Allowances would cut program benefits by a total of $4.5 billion over five years. This cut would result from changes in how states take households’ utility costs into account in determining the amount of SNAP benefits for which they qualify. 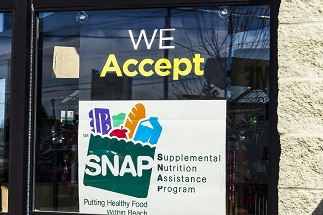 A surprise release of data that the USDA should have disclosed earlier underscores the deep harm of its proposed rule to limit access to the Supplemental Nutrition Assistance Program (SNAP): eliminating food assistance for 3.1 million people and jeopardizing free school meals for nearly 1 million children. 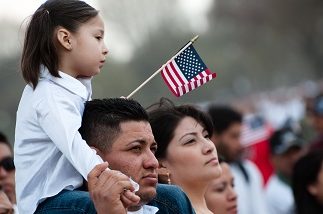 The Trump administration’s final public charge rule would increase hunger and poverty across the nation, and force immigrant families — including those with U.S. citizen children — to make impossible choices between food and family. The DHS rule is not in effect. Federal Judges have issued preliminary injunctions–including nationwide injunctions from courts in New York, Washington and Maryland—that stopped the rule from taking effect October 15, 2019, as originally scheduled. See FRAC’s statement on the rule.

Senate Agriculture Committee Ranking Member Debbie Stabenow (D-MI) took to the Senate floor yesterday, July 1, to lead speeches on the urgency for the Senate to take up a COVID-19 recovery package that must include boosts to SNAP. Watch the speeches starting at the 10:27:42 mark. Senator Stabenow was joined by Senators Sherrod Brown (D-OH), Amy Klobuchar (D-MN), Ron Wyden (D-OR), Jeff Merkley (D-OR), and Bob Casey (D-PA) in amplifying the urgent need to boost SNAP in the next COVID-19 recovery package. Other senators joined in on social media.

Pride month (June) can be an important time for anti-hunger and anti-poverty advocates to reflect on the disparate rates of poverty and food insecurity among LGBTQ people, and think about work that can be done to address these disparities.

FRAC’s Senior Special Projects & Initiatives Associate, Susan Beaudoin, spoke with Tyrone Hanley, Esq., Senior Policy Counsel at the National Center for Lesbian Rights (NCLR), to learn about the progress that has been made for the LGBTQ community and the challenges that remain. Tyrone co-convenes the National LGBTQ Anti-Poverty Action Network, of which FRAC is a member.